Welcome to the Five Institute Newsletter, designed to support you after you've taken The Vitality Test and in your Life, Work & Relationships.

This is a note or highlight box 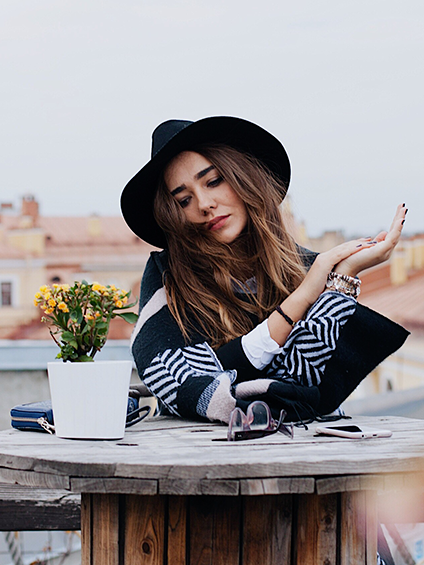 The Theme For This Month is Sustainability

In this newsletter, we're exploring Sustainability. Looking at why you might struggle with our own resources and reserves based on your Vitality Test profile - and how that can extend to the planet.

This newsletter consists of short posts, thoughts and some practical advice. We hope you enjoy it.

Looking after what we love & value

I've been through many phases in my life where I've taken the things I love and value for granted. My health, the planet and at times, those nearest and dearest to me. The bottom line is, it's all too easy to stop noticing or become blind to the most precious things in our life - because they're hiding in plain sight! 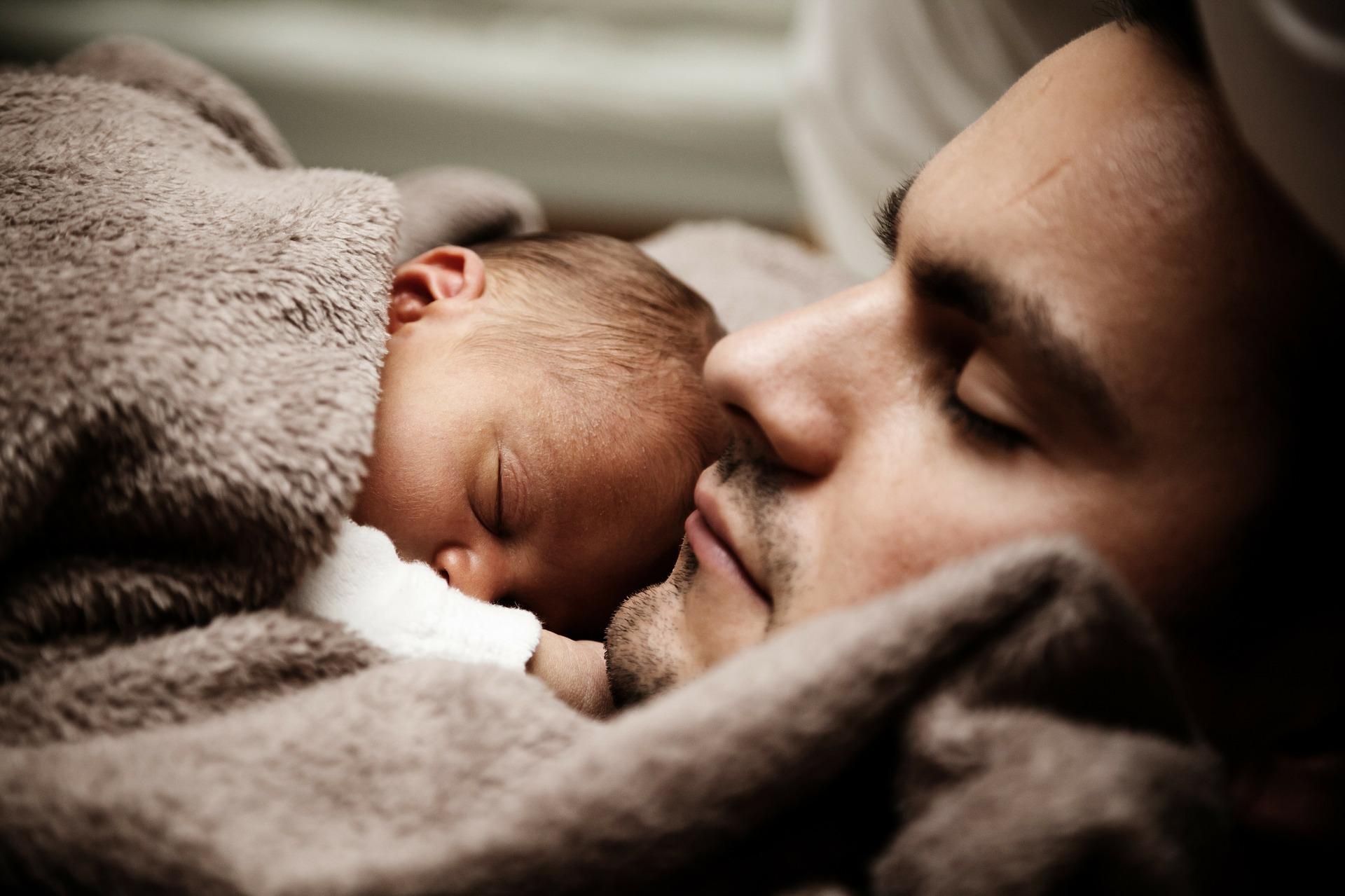 Pause for a moment, take a breath... and ask yourself these 3 questions.

1. What have I stopped noticing or perhaps started to take for granted?

2. What do I really value in life?

And from that place...

Welcome to the Five Institute, Your Vital Life in a Kind and Sustainable World and this month's newsletter.

Changing Our Website & Back Office - Burning through our reserves!

Over the last 4 months, we've been very slightly testing our sustainability!

We've been through a process of redesigning the Five Institute website and looking at the whole mechanics behind taking The Vitality Test. Our aim has been to make it easier to navigate around the website, find content, take The Vitality Test and have a super slick back office.

Here are our lessons...

1. When you open a can of worms, you'll find worms!

2. When you have a clear and well thought out plan, God laughs.

3. You may not have all the resources to do everything you want & it's easy to get carried away.

4. Friends and supporters are important, but you have to ask for their help.

5. Even though you're on a purpose- driven mission - you still need money!

So, we're Walking Our Talk about kindness and sustainability, which means that we're going to keep working away without burning ourselves out. We've had to temporarily scale back on revamping The Vitality Test mechanics as we don't currently have the reserves or resources to do what we want, and make sure The Vitality Test remains free for everyone.

Case Studies & Learning From Others

And if you've arrived here without knowing your unique Vitality Test profile, you can find it HERE 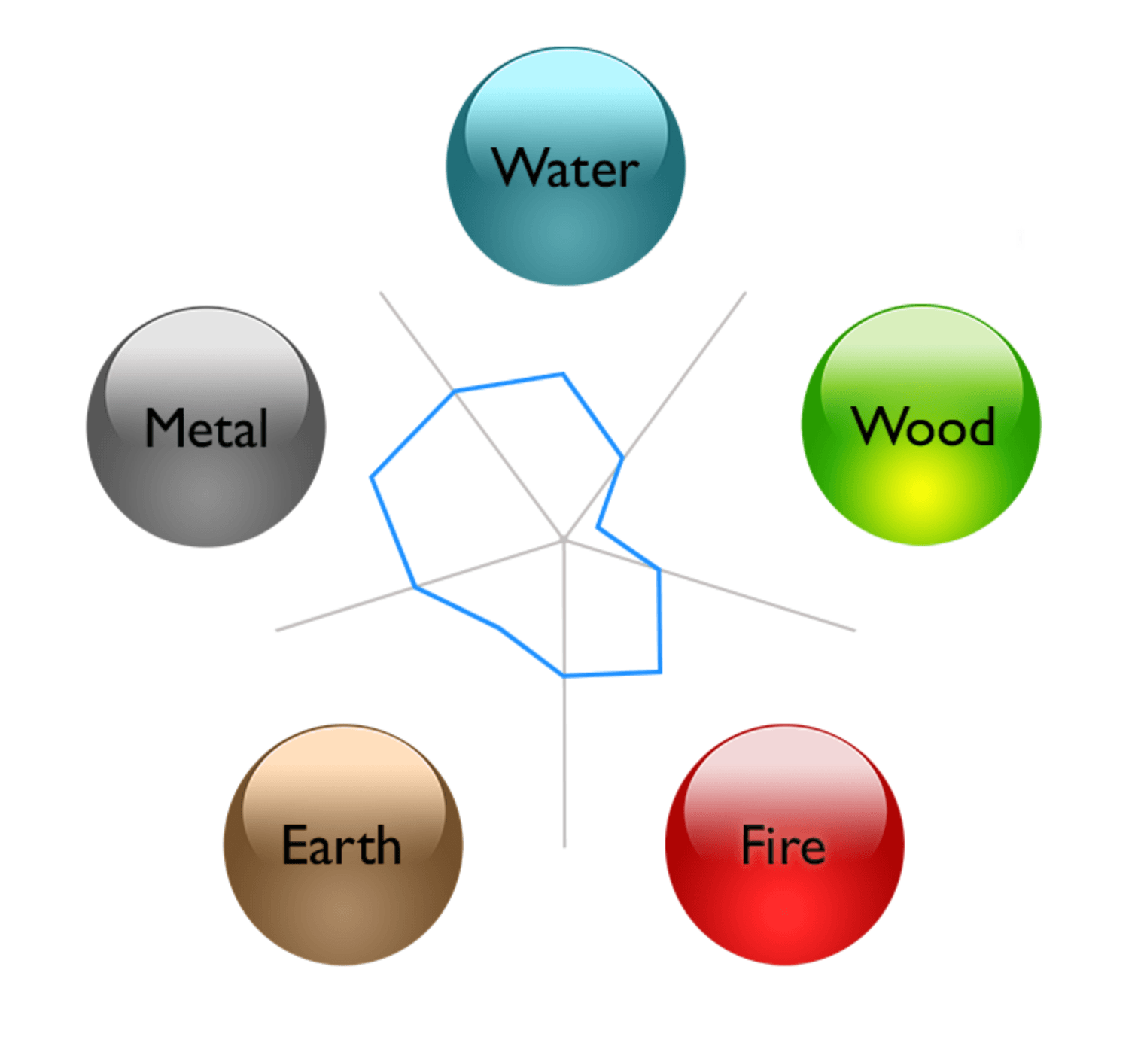 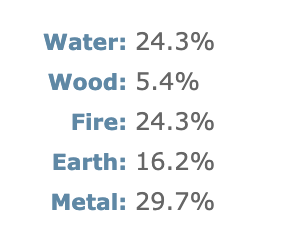 When Jack* was 17 years old he started working for an environmental charity as part of their sales team, and from day one he seemed to be a natural sales person and on fire. Everyone warmed to Jack instantly, plus he was funny, had endless enthusiasm and constantly saw the bright side of any situation. These characteristics were probably as a result of his 24% Fire Energy.

Within 3 months, Jack was in charge of 4 other people and seen as a high-flyer by the senior management team. Jack was super efficient, kept his promises and despite his happy-go-lucky nature, always got the job done on time. And to top it all, the quality of everything he did was exceptional, plus he had an uncanny ability to spot what was missing or still needed to be done. All of which is typical of someone with nearly 28% Metal Energy in their Vitality Test profile.

Jack had always been passionate about the planet, sustainability and said from being in his early teens that he wanted a job that mattered and wasn't just about making money. This Meaning over Money is very typical of someone with a large amount of Water Energy as is a keen interest in long term sustainability.

By the time Jack was 30 years old, he was running the UK wing of the large charity and by 34 years old he was ill, exhausted and totally burnt out. So, what happened to Jack?

Fire Energy as well as giving all the positive traits we saw in Jack, also gives us a tendency to say yes to everything. This is in part due to a natural enthusiasm and optimism along with being very much in the moment.  This problem of saying yes to everything is compounded by a higher than average number of opportunities which tend to come towards someone with lots of Fire Energy.

So, Jack was saying yes to a lot of things!

Jack's 28% Metal Energy meant that it was highly likely he was a perfectionist with everything he did, along with a compulsion to get things finished on time, which can be a challenge if you're saying yes to everything!

If you put all of that together... You have someone who says yes to everything, has to do it all perfectly (and on time) and is constantly testing his stamina and reserves.

Plus, as is typical of someone with lots of Fire Energy, Jack is probably smiling as the ship goes down or using his ability effortlessly detach so no one really knows what is going on, or can offer help.

*Jack is a fictional character made up by amalgamating 4 or 5 of my client stories going back over 35 years. Every session I have with a client is 100% confidential and private forever and a day.

Would you like to have a place to explore your Vitality Test profile - and get some support in a super Friendly place?

Join our Facebook Group and get all that and lots lots more. 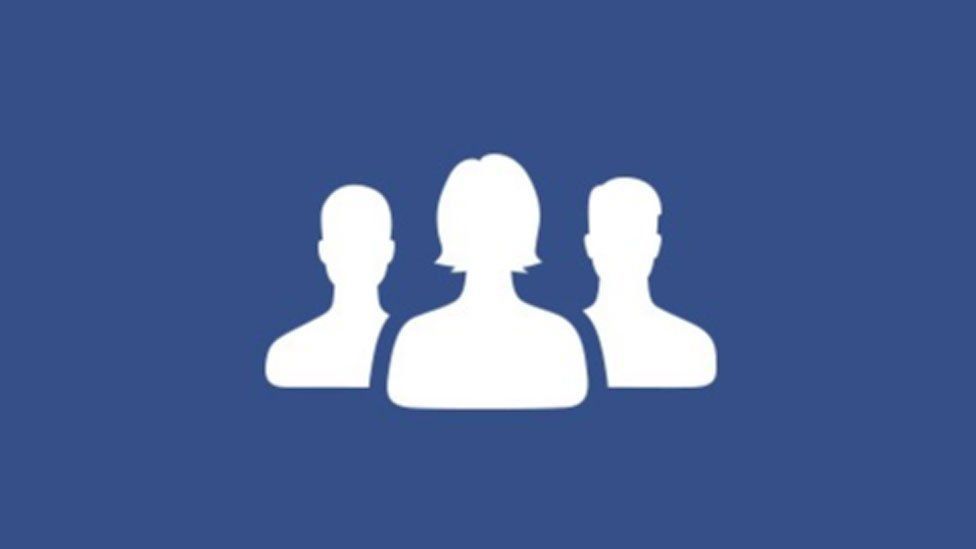 Someone is sitting in the shade today because someone planted a tree a long time ago.

Ideally, focus on the tip for your most dominant Energy or Energies in your Vitality Test profile. These tips are based on the challenges or blindspots for each Energy.

It's important to measure your reserves and resources when you're on a purpose-driven mission. It's all too easy to get carried away and end up exhausted with late nights and crazy hours!

Remember you and your sustainability are important too!

Just because you've said you'll do something, it doesn't give you the right to drive yourself and others beyond what's sensible or healthy.

Being stubborn is one of your super-powers and your Achilles heel!

Don't say yes to anything long-time or resource heavy in the moment! Cool down, reflect on what's important and the reserves you have - and say yes or no from that perspective.

In most cases, pausing to reflect won't make any difference to the project, but it will make a big difference to you and what you're able to achieve.

Learn to ask for support, so it becomes as easy as offering it to others.

Be the teacher for sustainability through mutual support.

You can waste time, energy and money chasing the perfection dream. What does the independent evidence tell you, is it already good enough?

Remember your imperfection may be the perfect answer for someone else!

Click on find all the latest tools, products, programs and courses we have available for you.

News & Events For Your Diary! 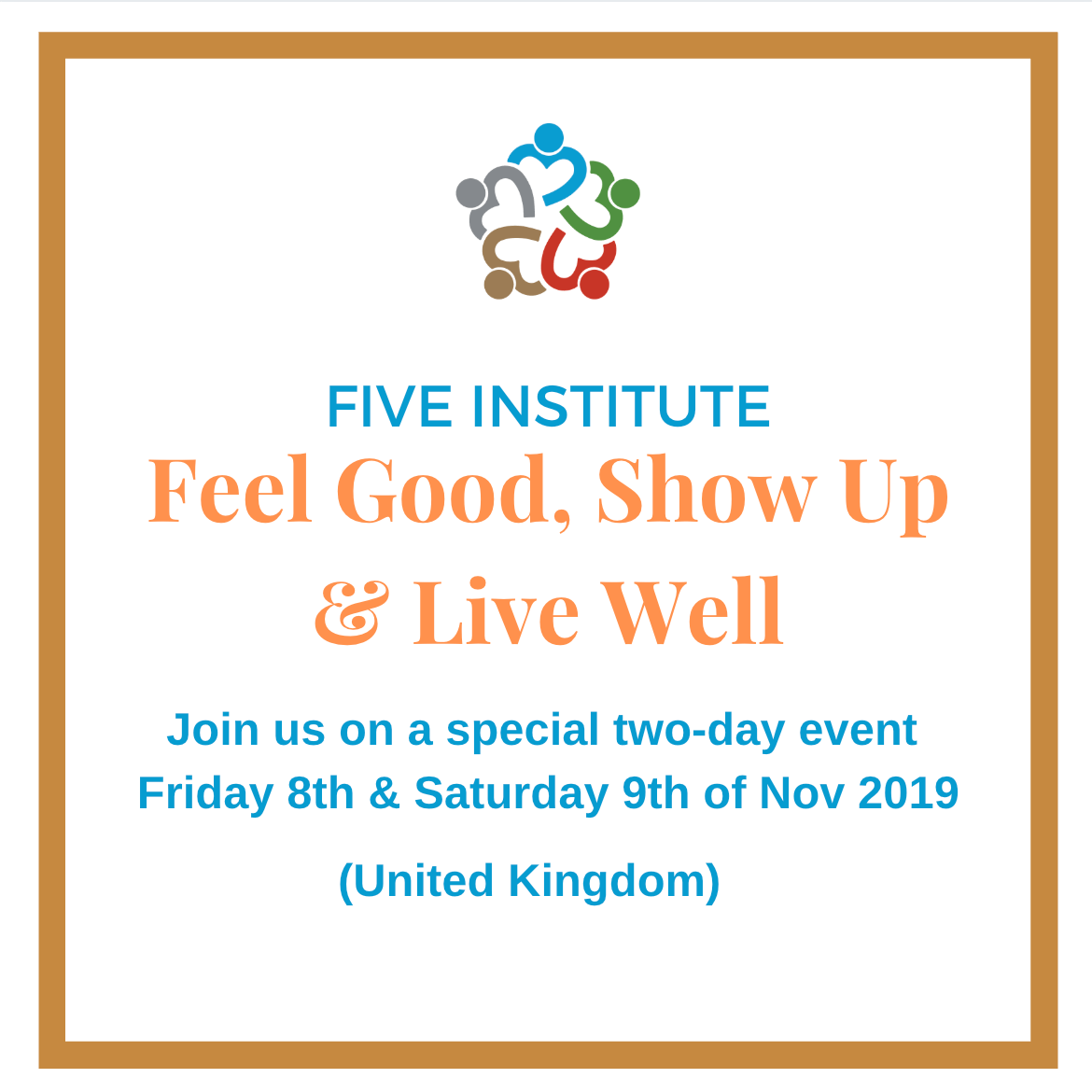 Over the 2 days you'll learn about the Feeling Good, Showing Up and Living Well Spiral and how you can quickly rise up and reach new heights in each of those areas. And why you might also spiral downwards and feel like your life is out of control.

This event has been designed to serve you all your life and you'll wonder how you ever existed with knowing this knowledge.

It's the ultimate master class in being the best version of you.

For a limited time only, and special introductory offer, included in the price of the ticket, you will also have access to a private consultation with Nick. Which many people will testify is priceless. 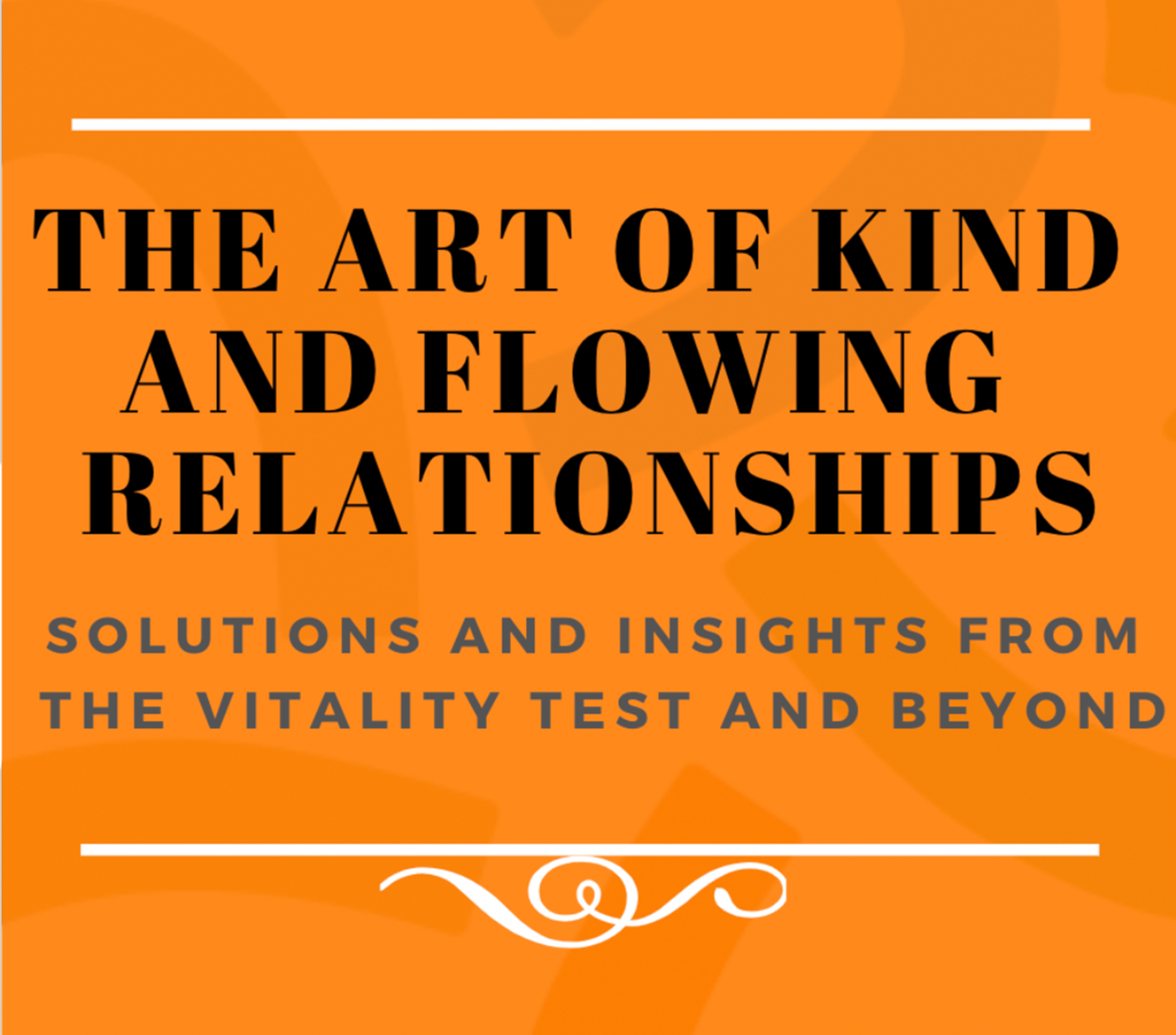 ​The Art of Kind And Flowing Relationships ​

A New Book by Nicholas Haines - Available in pre-publication format

Currently, this book is with the editors and proofreaders awaiting minor corrections and then publication. However, it available now, as an early release download in PDF Format.

If you buy the early release download now, as soon as the physical book is published (Aug - Sept 2019) you will be the first to receive your own signed copy via the mail, at no extra cost to you.

Catching Up With The Past!

After the surprises in 2016, the wake up calls in 2017 and snapping and snarling of the 2018 Earth Dog Year when everyone seems at each other's throats, we're now in quite a different year and phase. However, we're still in a time of change as we work towards finding a new way forward with society, economics, the environment and so on. So, it is a challenging time for many of us in 2019 and beyond.

The headline is though... If you do the work and follow a certain path - you'll be richly rewarded!

Here are some Guidelines for you

Head in this direction

Trot away from this

Do you want to learn more about this amazing year and phase we're in and how to make the most of it?  We've got you covered...

Nick ran a webinar explaining all about this year and phase we're in, and how to make the most out of it. He designed it to be watched at any time over the year and that it will stand you in good stead for years to come. We know many people have found it's made all the difference and has been their go-to guide at times of trouble or if they want to up their game. If you want to watch a recording of the webinar it's freely available to you as our gift.

Go To The Webinar Recording

I hope you've found this newsletter helpful and of interest. Please feel free to share it or The Vitality Test with your friends. Here's to your vital life in a kind and sustainable world.

The Theme For Next Month is Wealth, Money & The Five Energies